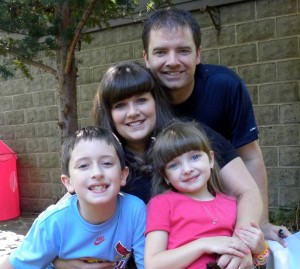 Ron and Susan Taylor were married in 1997 and in the fall of 1998 moved to Springfield, Missouri, shortly after surrendering to ministry. At a chapel service during their freshman year at Baptist Bible College, God began working in Ron’s heart about church planting in America. He expressed his burden to Susan, and together they began praying about the urban communities of the United States. God quickly began to reveal to them the great need among the New England states and even more specifically in New York City. Realizing their lack of experience and need for mentoring, God used two churches to prepare them for ministry. The first was High Street Baptist Church where Ron worked on staff in the Junior Varsity Department. For two years, Ron and Susan taught and discipled students as well as worked in the bus barn. Upon graduation from BBC, God opened the door for them to move to Poplar Bluff, Missouri, and work in their home church, Westwood Baptist, under the leadership of Dr. Steve Proctor. For 4 1/2 years Ron was an assistant pastor over the youth. During their years at Westwood, God continued to burden their hearts for New York City, and in October of 2005 God confirmed that call at a missions conference with Dr. Charles Shoemaker of Church Planting America.  Ron and Susan have are currently living in New York City serving as church planting missionaries.